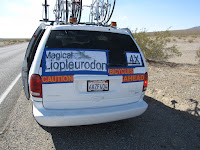 At the close of part 1 of the this post we left with Gil rolling out from TS #4 as I got my bike back on the van and the team was off chasing Gil as we reverted to leap-frogging our rider. Confident with this being his last stage, Gil was prepared for an initial 750 ft climb (mountain section 7) that should have been followed by a nice descent and then a relatively flat ride into Baker which would be the start of Stage 6 with Jim on deck to roll for his last stage of the FC508. But sometimes what you assume to be a slam dunk ends up being full of surprises as was the case for Gil. With a great pace for the first 20+ miles Gil would soon be met with a serious headwind as temperatures started to rise and some serious heat coming off of the pavement only added to the challenge and slowed all of the teams down. As temperatures continued to rise nearing 100 degrees with absolutely no shade and relentless headwinds, Gil's pace was slowed a bit but he soldered on occasionally taking a quick stop for an ice water drenching and then with about 5 miles to go till Baker, the team rolled forward to get Jim ready for Stage 6 which would be his last stage. 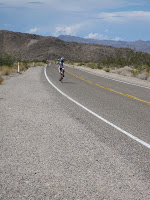 11:53 AM and the team has been racing now for 26:53:00 and the first five stages are behind us (382.6 miles ridden) as Jim takes to the course to ride Stage 6. With the weather continuing to heat up, the wind is still blowing but seems to have subsided a little from what it was during the stretch between Shoshone and Baker. Stage 6 has a relentless climb of 2500 ft over the next 20 miles (mountain section 8). Initially we loaded Jim up with three bottles of water as we rolled back into Baker to fuel up and pick up additional ice and water as this would be the last stop for provisions (and civilization...if you could call it that) before we hit 29 Palms. After fueling up and getting out of the gas station before being delaying by what appeared to be the start of a possible fight between some bikers (and not the type in the race wearing lycra) and a guy in a Prius who apparently got to the pump first, we were back on the road chasing Jim who by this time had made good progress on the course. We leap-frogged Jim throughout the climb with water, enduralytes and the occasional spritz of the garden sprayer as Jim rocked Stage 6. As we neared the top, we handed a spare tube and CO2 to Jim and we headed into Kelso to get Jason ready for Stage 7.


02:46 PM and Jim arrives in Kelso after an expected rough descent from the top of mountain section 9 and Jason rolls for Amboy. Jason's Stage 7 will be roughly 35 miles with 2,000 ft of climbing in just 12 miles to the top of the Granite Mountains (El 4,000 ft). Generally the top of this climb is met with a nice fast descent down into the outskirts of Amboy but with the winds that are on the menu today, Jason later shares that he did almost as much pedaling on the descent as he did on the climb. After leap-frogging Jason a good portion of the way up the climb, the rest of the team rolls in the van down to TS #7 which will be the start of Stage 8 and not only my stage but the last stage of this race.


05:05 PM and I am ready to start Stage 8 and Jason arrives and we pass the totem and I am on the course. Roughly 7 miles in having enjoyed a nice tailwind since I left TS #7 it's a quick left and into a crosswind that will very soon turn into a headwind and for the next 22 miles that includes a nice 1,500 ft climb over a 10 mile stretch thrown in as I'll make my way to the top of Sheephole Summit (mountain section 10). At about 5:30 PM I am starting to get a little nervous as I don't see the team behind me yet and while I still have plenty of water I am not carrying a spare tube or CO2 and at 6:00 PM sharp they must be trailing me with the lights and signage on or we could be DQ'd which would not be a good thing at this late stage of the race. Within the next couple of minutes I spot the team van and am relieved to know that they too have not mistakenly taken a wrong turn a couple of miles back that would have taken them off course. 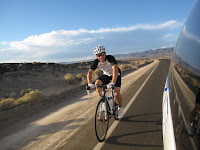 As we catch up to another team I am looking to overtake their rider but with the wind, it's just a battle to stay in front and I decide to not waste the energy and let them set the pace. However, after awhile I feel like I just need to pull ahead and drop the hammer and put some distance between us and the other team. Feeling good, I just start spinning and am not looking back as we are now climbing toward Sheephole Summit and as we near the summit it's turning from dusk to dark but since I have never ridden this section and only reviewed the stage via the profile chart, I am thinking I still have a significant bit of climbing left.


I wave the team car up to me and ask how much more climbing and they tell me we are at the top (end of mountain section 10) with a nice descent ahead. As I arrive at the top it's those same winds and it's just hard to get the tires moving until we get a little more of a grade. After roughly a 5 mile descent I've got what is advertised as a "rolling slight uphill" (according to the Garmin, roughly 1,000 ft of elevation gain over the next 23 miles) but again with roads that resemble what you'd expect to see in a war zone, it's really tough to get the bike moving...and being up now for almost 40 hrs without any real sleep is probably not helping. A combination of having never ridden this stage, lack of sleep, darkness and misinterpreting the profile leads me to think that it is flat to a minor descent when it is really just the opposite. After waiving the team forward for a couple of sodas and a Red Bull, I'm pushing it but the bikes just not moving more than 12-14 mph. Up ahead I hear some dogs barking and then all of a sudden it's sounding like one is on his way out and this is really the last thing that I am prepared to deal with tonight. Further up the road I pull off for a second to grab another soda and the team pulls in behind me an comments on the sudden sprint I made with the dogs a couple of miles back. 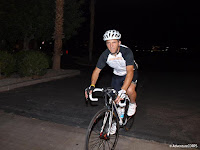 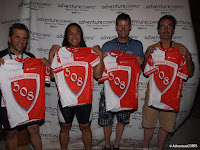 As we're pulled over I see team Blue Whale coming up and passing us and I am on the bike and chasing them. My plan is to pace them and then attack if I have the opportunity and while I catch them I am still not interested in doing the pace setting and decide to fade back so as not to be DQ'd for drafting their car. After a few more turns we head into town and at the light the team rolls up and informs me that the van has a flat. With the finish literally in sight and I am ready to finish this race, I look over at the tire and tell them it looks like we have plenty of air to make it in (keep in mind if we would have had to stop, I would have had to wait with the vehicle due to race rules for vehicles and racers after 6 PM). We take the green light and while I thought we were there it's another climb and while this is maybe a 100 - 150 ft climb (really nothing) it's feeling like I am ready to climb Everest at this point. As I solder on and then enjoy a nice descent with a very short climb into the finish we have arrived and Team Magical Liopleurodon is 1 min 34 seconds behind Team Blue Whale with a total time of 36 hrs, 27 mins, and 9 seconds! 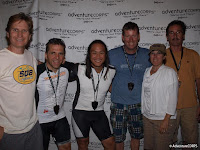 After receiving finisher medals and jerseys and the team finisher photo shoot I called my family to tell them that we finished safely and they share that they had been watching the live web cast and knew where we were as they were tracking us live via the SPOT Satellite GPS Messenger .

The Furnace Creek 508 was the perfect event to "officially" close out (I actually did one more ride that we added the following weekend with my son Nicholas and his best friend Spencer) the onetoughride 2010 season. We had the best team and crew captain and I was very impressed with everyones riding and the great support that our crew captain Cheryl provided. The Furnace Creek 508 was an experience that was all of the things it was presented to be and to me, really demonstrated a sense of camaraderie amongst all of the teams with a real spirit see everyone finish this race. Chris Kostman puts on a great event with support and volunteers that are fantastic and I appreciated the efforts of every staff member that was there to check us in, out on the course, at the time stations, and ultimately at the finish line. This is a challenging event in an environment with some of the harshest conditions in some of the most desolate of areas in N. America and Chris runs this race seamlessly.
I will definitely do this race again and thanks so much Cheryl, Gil, Jason, and Jim for sharing this experience with me!
Enjoy the ride...
Steve
Posted by Steve Bursley at 11:58 PM 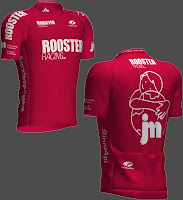 ONETOUGHRIDE is a fund raising effort to support research to find a cure for Primary Immunodeficiency (PI) diseases. The Jeffrey Modell Foundation is matching 100% of all donations for local research conducted at the Jeffrey Modell Primary Immunodeficiency Center at Stanford. As a father of a child with PI, I have used various ultra endurance cycling events (since starting the project in 2010) as a backdrop for fund raising to support the efforts of the Jeffrey Modell Foundation. I will once again use my participation in the 2016 Silver State 508 to raise awareness and funding for the Jeffrey Modell Primary Immunodeficiency Center at Stanford which is under the directorship of Dr. David B. Lewis. Dr. Lewis is an incredible Physician and Scientist, and it is truly an honor to be able to play a small part in supporting the work that he and his team are doing. Our family is also very fortunate to have Dr. Lewis as our child’s immunologist. I hope that you will join me in this effort by clicking on the link above and making a donation to support this cause. This challenge is personal but the impact is global, and I'll be racing for all of the children and adults around the world that battle PI diseases every day!